Under Robin Alexander’s leadership and with the support of Esmée Fairbairn Foundation, the Cambridge Primary Review (CPR) was launched in October 2006 as a fully independent enquiry into the condition and future of primary education in England.  Based at the University of Cambridge, it aimed to assess existing evidence, collect additional data from a wide range of sources and stakeholders, separate truth from media myth and political spin, and shape a vision for the future of this vital phase of children’s education.

The Review’s scope and the depth of its evidence made it the most comprehensive enquiry into English primary education since the Plowden report of 1967. Between October 2007 and February 2009 the Review published 31 interim reports, including 28 surveys of published research, together with 39 briefings, 14 media releases and various newspaper articles. The Review’s 608-page final report  was published in October 2009 with a 850-page companion volume containing revised versions of the research surveys plus editorial introduction and commentary.

With the continuing support of Esmée Fairbairn Foundation there followed a programme of national dissemination and network building lasting until December 2012.

In 2013, with support from Pearson Education, the Cambridge Primary Review was superseded by the Cambridge Primary Review Trust (CPRT), a not-for-profit organisation dedicated to consolidating and extending the Review’s work and advancing the cause of high quality primary education for all children. Chaired by Robin Alexander and based at the University of York, the Trust expanded the Review’s professional networks, commissioned new research surveys and CPR survey updates and, with Pearson, organised conferences and publications on the primary curriculum. Then from 2014-17, with support from the Education Endowment Foundation, CPRT collaborated with the University of York on the development of a CPD programme which took Robin Alexander’s framework for dialogic teaching to scale. This was subjected to randomised control trial and independent evaluation.

CPRT published 10 research reports, 10 research briefings, two free-standing books, numerous responses to government consultations, and 130 blogs.  In 2016 the decade-long endeavours of CPR and CPRT were celebrated at a conference in London, and in 2017 the organisation was formally closed. By this time, the volume and richness of the material created and published by CPR and CPRT were such that it was deemed essential that this should remain fully and readily accessible for the longer term. Accordingly, the newly-established Chartered College of Teaching took over the hosting of the CPRT website and guaranteed its viability for the foreseeable future. www.cprtrust.org.uk 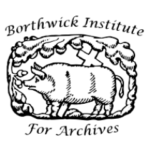 With the support of Esmée Fairbairn Foundation and the University of York, a print and digital archive of material from the Cambridge Primary Review has been assembled for conservation in the Borthwick Institute for Archives at the University of York.  Available in perpetuity for the use of researchers and others interested in this initiative and its social and political contexts, the archive includes not only all CPR publications but also a wealth of contingent material, for example non-confidential evidence, Advisory Committee papers, records of meetings, and correspondence. Created in 2016, the CPR archive comprises 29 boxes of papers and 2838 digital files. It is open to the public, subject to the provisions of relevant legislation, including data protection laws.

Contents of CPR archive at the Borthwick Institute: https://borthcat.york.ac.uk/index.php/cpr